Since its inception in 2016, the Canberra Writers Festival has been bringing together the best Australian and international writers, thinkers and social and political commentators.

Under the theme Power Politics Passion the festival aims to scrutinise today’s issues, reflect on the past, contemplate the future and challenge our understanding of all.

The upheaval caused by the coronavirus pandemic has necessarily changed the festival’s program delivery in 2020.

The line-up for the 5th annual Canberra Writers Festival includes 17 live and streamed and 10 streamed-only events, including panel discussions and intimate ‘in conversation’ sessions, connecting authors with their loyal audience.

Creative gatherings has never seemed more important and the past months have been incredibly challenging, but in August, as we prepare to emerge from Canberra’s winter, immerse yourself in a world of words at the Canberra Writers Festival – 12-16 August 2020.

Special offer: Purchase 3 Livestreams for $15*
*Please note this offer is not available online. To purchase please call Box Office on (02) 6275 2700. A$5.95 transaction fee per transaction applies

Two writers. Two good mates. Two naturally curious beings connect across two hemispheres and time zones to chew the literary fat and ask why creativity should be joyous, hopeful and fun. Elizabeth Gilbert is the award-winning author of bestsellers Eat, Pray, Love and City of Girls. Chris Flynn’s third novel, Mammoth has been hailed a tour de force for originality.

Paul Kelly: Love is as Strong as Death

Poetry teaches us how to love and live. It helps make sense of the world around us. Tune in to Paul Kelly in conversation with Libbi Gorr as he recites the poems he loves – ancient and modern, hallowed and profane, famous and little known – that speak to powerful literary themes of love and death and everything in between.

What the Colonists Never Knew: A history of Aboriginal Sydney with Denis Foley and Peter Read

Peter Read and Dennis Foley explore the history of Aboriginal Sydney and paint a vivid picture of what it was like to grow up Aboriginal in Sydney, alongside the colonists, from 1788 to the present. Presenting an honest account of the disappointment, pain and terror experienced by Sydney’s First Peoples and a celebrating the survival of their spirit.

When Roald Dahl was 73, he wrote his friend Francis Bacon and asked what would he want for his last meal? Bacon’s response: “Two lightly boiled very fresh eggs and some bread and butter”.

One of TV’s favourite cooks and author, Adam Liaw has carte blanche to devise his own “Hangman’s Supper”. He converses – between mouthfuls – with food journalist, Jo Savill about the inspiration behind this specially curated Last Supper.

The human spirit rises again and again in the face of adversity. When our physical and emotional world turns on its head, what does it do to us and how do we get from crisis, to acceptance, to survival? Three bestselling authors, Julia Baird, Jean Kittson and David Roland, share their insights with author and historian Clare Wright.

“Spinster” – synonymous with solitude – is one word Donna Ward dares not name. In a world made for couples and families, Donna talks with author Suzanne Leal about the challenges and courage of walking the road alone through midlife and beyond, and how she found the contentment and sense of achievement she never thought possible.

Getting on: Seventy is the new Fifty
Vicki Laveau-Harvie in conversation with Ashley Hay
Sponsored by the Griffith Review

When Vicki Laveau-Harvie won the 2019 Stella Prize for her memoir, The Erratics, she described herself as “stepping out of a shell to claim something for herself…where many would view women of her age as surplus to requirements, like garden gnomes”. Now that 70 is the new 50, growing older isn’t what it used to be. How does this change the experience of ageing?

Gloria Steinem: The Truth Will Set You Free, But First It Will Piss You Off!
Gloria Steinem in conversation with Dr Kirstin Ferguson

Gloria Steinem calls herself a ‘hopeaholic’. More than ever, the world needs unbiased hope for the future. From New York, the iconic feminist shares personal challenges, political issues and the poetry of everyday life with Dr Kirstin Ferguson, author of Women Kind.

Join some of Canberra’s leading political pundits as they discuss and debate the political year to date, and where to from here. Maintain a safe distance, there is bound to be political crossfire.

Mary L Trump: Too Much and Never Enough
Mary L Trump in conversation with Fran Kelly

Mary L Trump’s international bestselling tell-all book about Donald Trump, Too Much and Never Enough: How My Family Created the World’s Most Dangerous Man, is a must-read psychological portrait. Exclusive to the Canberra Writers Festival, Mary and Frans’ conversation is unmissable for anyone seeking to understand the family dynamic that produced the most powerful man in the world today.

Where to for the next Generation?
Gabbi Stroud & Paul Browning moderated by Jane O’Dwyer

With a global crisis around trust in government, business, media and society, how do we ensure the next generation become more trustworthy leaders? Dr Paul Browning and Gabbi Stroud speak with Jane O’Dwyer about growing a culture of trust and leadership.

A baboon, a cat and a locust instinctively know what to eat for balanced nutrition but humans can’t work it out. David Raubenheimer and Stephen J Simpson have transformed the science of nutrition with their research into the appetite of animals. They take award-winning novelist Charlotte Wood from jungle to laboratory to kitchen, to understand how and why we eat.

Inspired by a friendship between two fathers, a Palestinian studying the Holocaust and an Israeli against the occupation, these men are divided by conflict yet united in grief, both having lost their daughters. McCann, from Dublin, joins journalist Caroline Baum to discuss his epic New York Times bestseller, hailed the year’s masterpiece.

Acclaimed historian William Dalrymple’s energetic retelling of the rise of the East India Company was one of Barack Obama’s favourite books of 2019. It tells the extraordinary history of the company as a forerunner of modern multinationals intertwined with the modern state that was “too big to fail”. Dalrymple discusses with author John Zubrzycki one of history’s greatest stories and the devastating results from an abuse of corporate power.

When Sleepers, Wake! first published in 1982, Deng Xiaoping and Bill Gates read it, which led to Jones being the first Australian minister invited to address a G-7 summit meeting. Nearly four decades on, Barry Jones talks with about the post-truth era and the challenge of increasingly fragile democracies and public institutions.

The Passion of Prague
Richard Fidler in Conversation with Simon Winchester

The inimitable Simon Winchester turns the microphone around on beloved broadcaster, Richard Fidler and interviews him on the magical city that is Prague. From its origins in medieval darkness via the Velvet Revolution to an uncertain present, this is an unmissable conversation between two passionate storytellers.

The rise of China is one of the biggest and most pivotal stories of our generation. And yet relations with our largest trading partner continue to plummet with Australia being put in the deep freeze after calling out Beijing for exercising undue influence in our polity and for launching massive cyberattacks against our vital institutions. Can relations with the communist superpower recover? Or is Australia destined to become an enemy of the State?

The Tattooist of Auschwitz
Heather Morris in conversation with Juliet Rieden

The Tattooist of Auschwitz has sold over three million copies worldwide and the recently published sequel, Cilka’s Story, is also a global bestseller. Both books blend fiction with fact. Heather Morris talks with journalist and writer Juliet Rieden about memory, history and how to respect both when writing historical fiction.

Why does it take a Catastrophe?
Rebecca Huntley, Dr Liz Allen and Peter Greste moderated by Dr Norman Swann

Why do we have to wait for a catastrophe – environmental or political – to wake up? Where are our leaders and what does leadership today really mean? How and why did we get it so wrong? At a critical time in world affairs, how do we build an enduring legacy to secure our nation for generations?

Stella Prize 2020: See what you made me do
Jess Hill in conversation with Rick Morton

Jess Hill’s ground-breaking book on domestic abuse See What You Made Me Do: Power, Control and Domestic Abuse was a bold choice for the 2020 Stella Prize. Hill goes behind the facts and figures and explains how we can confront this national crisis and drastically reduce the violence today.

Actor and book podcaster Sacha Horler speaks with award-winning authors, Richard Fidler (Ghost Empire) and Rick Morton (100 Years of Dirt), about writing the follow-up to a bestseller and the weight of expectation.

Christine Jackman’s personal quest for a better way of being is a timely exploration of what happens to our brains, our lives and our communities in a world noisier than ever before. What have we learned from ISO? Moderated by journalist Sabra Lane.

In an increasingly digital world, what are the ethical effects of big tech’s algorithmically mediated architectures? Are we in denial about surveillance? How do we safeguard our privacy? Data ethics and the meaning of privacy today.

Live event sold out. Tickets for the livestream are still available.

A Financial Times journalist once remarked: “Sometimes it can feel like it’s a de Botton world and we’re just living in it”. Writing on love, travel, architecture and literature, de Botton is a bestseller in 30 countries. Journalist Caroline Baum will get to the bottom of de Botton, his emotional education and what’s at the heart of a fulfilled life.

Live event sold out. Tickets for the livestream are still available.

Girls’ Night In closes the 2020 Canberra Writers Festival with four talented women sharing observations on the whimsy of life – and the meagre role of men. These dames will chew the fat on literature, fine art, music and aged cognac. Kick off your heels (boys too) and celebrate a one-of-a-kind writers’ festival. 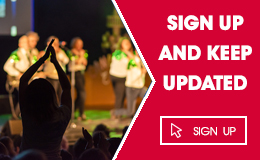 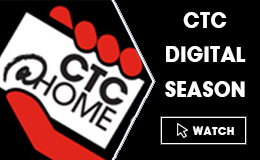 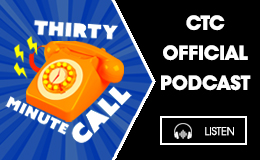 The Canberra Theatre Centre Box Office is open to the public, and we will begin hosting limited-capacity performances in August. For a list of rescheduled or cancelled performances click here. Affected ticket holders will be contacted by the Box Office.